The artist behind the murals at bike point Onder De Krook

The new bike point Onder De Krook from De Fietsambassade is a modern pearl with its sleek glass walls. But there’s no doubt you’ll notice the four colourful murals around the bike point first. Artist Resto1981 transformed the concrete areas into real art works. We sat down with him to talk about his work. What are your style and background as an artist?

I studied art at KASK but drifted away from the artistic field for a bit afterwards. Over the last couple of years I’ve found my way back, mainly through graffiti. I like bold colours and simple figures. Unfortunately many people have a negative view of graffiti. In order to make my art more accessible I started using latex paint instead of spray cans more and more and experimented with a more figurative style. It also comes in handy that my art stays on the wall a bit longer this way. (laughs) I try to find the border between graffiti and painting without losing my own style. Of course my style evolves as well but that’s a positive thing.

Recently I’ve started making a sketch before I start painting. For a long time this wasn’t the case and I just sought inspiriation on the spot. Often people on bicycles, motorcycles or in cars would pass by. That’s why I often paint people moving. That came in pretty handy for this work for De Fietsambassade.

Where did you find inspiration for this assignment for De Fietsambassade?

When I started this big order for De Fietsambassade, I immediately thought about lots of colours and of course people riding bicycles. The bike point itself is very sleek and modern and the environment is mostly simple concrete. So my murals could bring some liveliness and colour as contrast. I chose a minimalistic style with a lot of planes even more than usual.

How did you proceed to fully paint the 4 large murals?

What’s your favourite part of the mural?

The two smaller murals are my favourites. I can’t really choose between them. I’m also very happy with the large wall downstairs. But the dimensions of the smaller walls just lent themselves to my style very well: close-ups of people in motion. 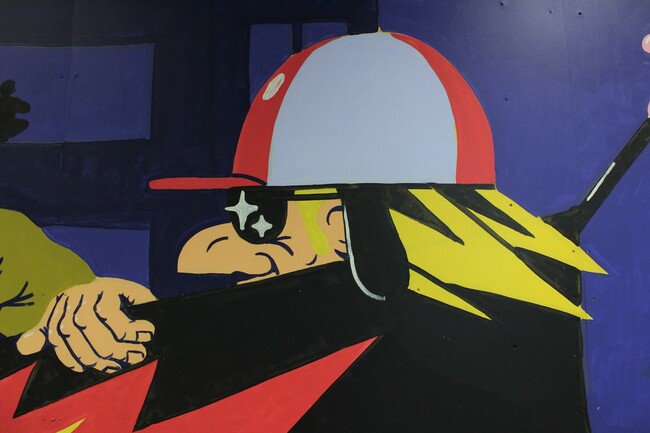 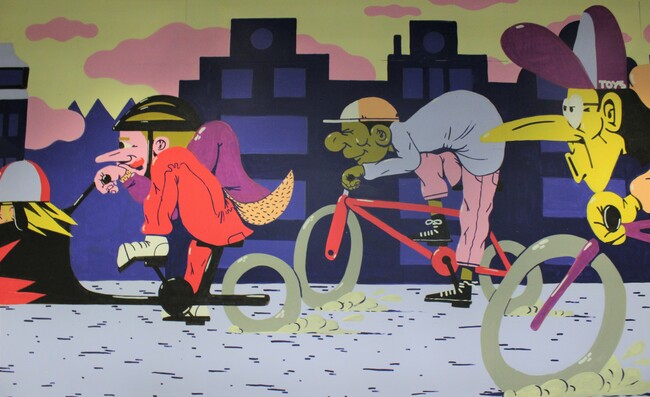 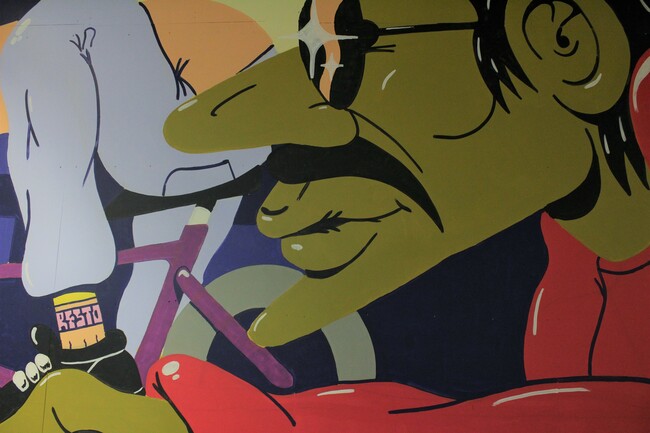